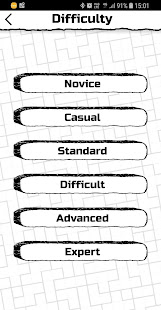 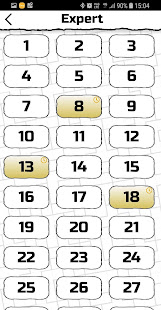 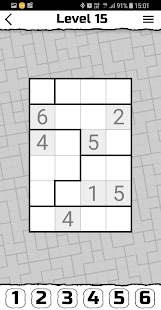 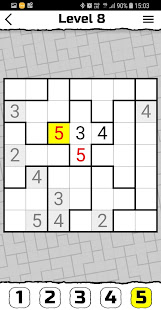 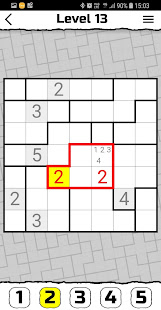 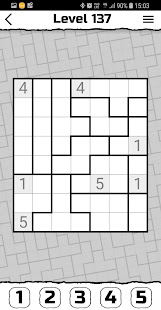 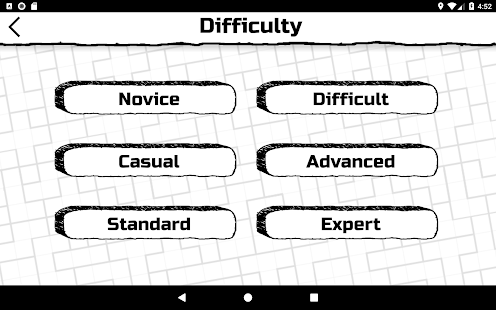 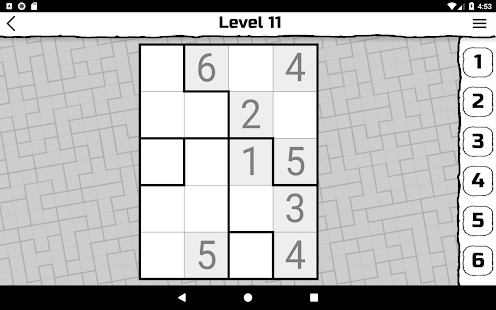 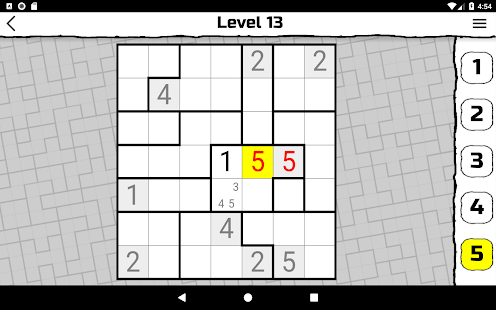 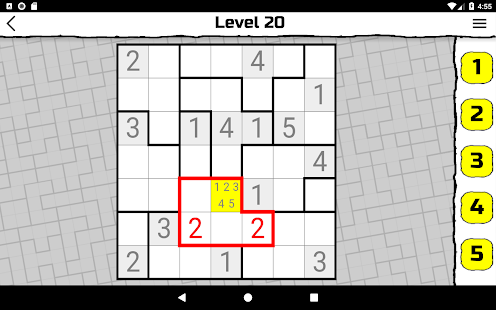 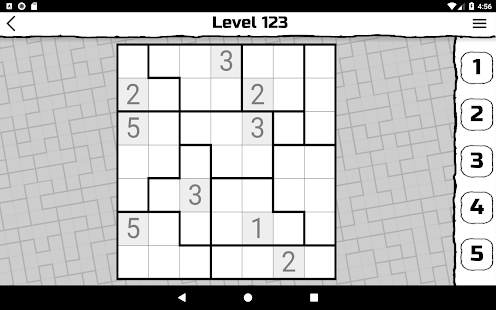 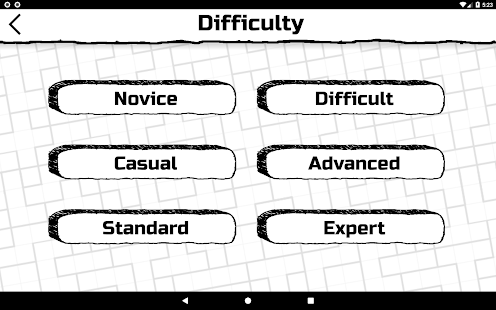 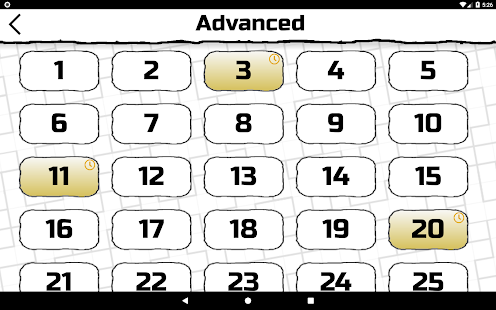 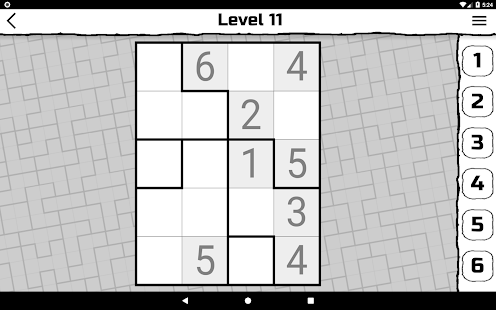 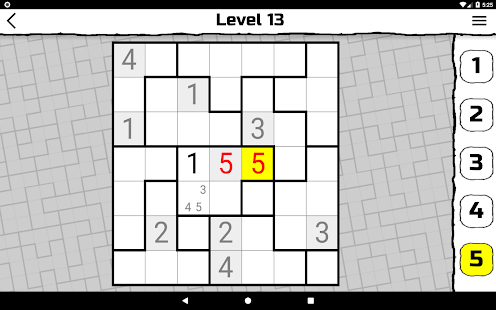 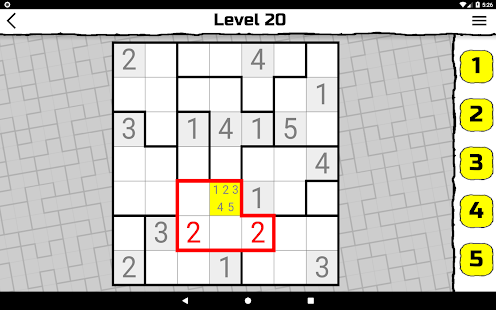 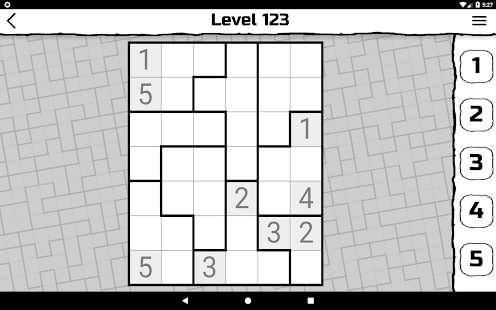 Suguru, also known as Tectonics or Number Blocks, was invented in Japan. These puzzles have very simple instructions, but a very wide range of difficulties, from easy to insanely complex.

Suguru is a great logic puzzle with two very simple rules. The cells in each puzzle grid are divided into groups, and each group contains the numbers from 1 to N, where N is the number of cells in the group. Thus, a group containing 5 cells will contain numbers from 1 to 5. The second rule is that no two adjacent cells, including diagonal, can contain the same number. Despite these two rules, some puzzles can be incredibly difficult to solve.

Don’t be fooled by the size of the grid, and Suguru’s apparent simplicity. This is a puzzle that can, at its most difficult, challenge the most experienced of solvers. Be warned, this is an addictive puzzle like no other, and a uniquely satisfying one.