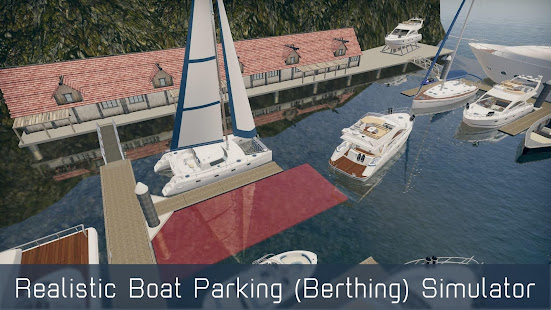 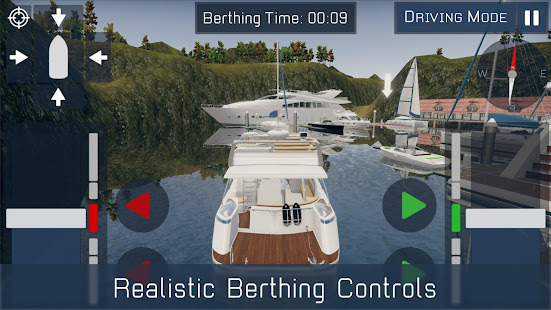 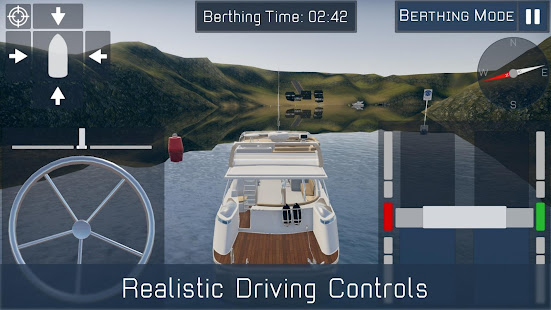 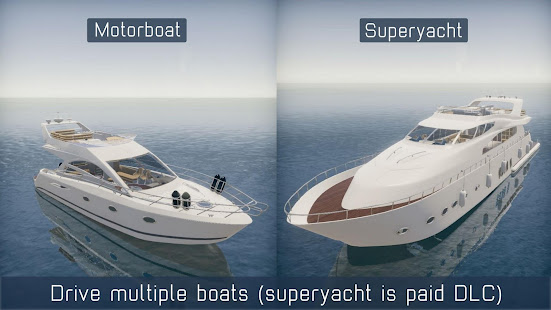 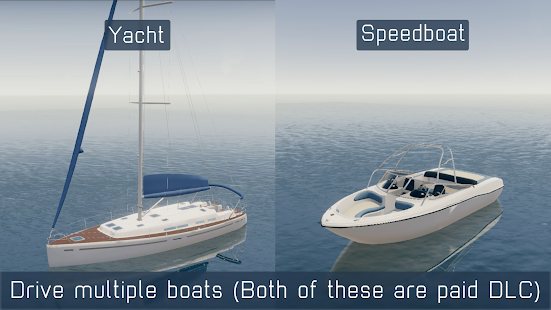 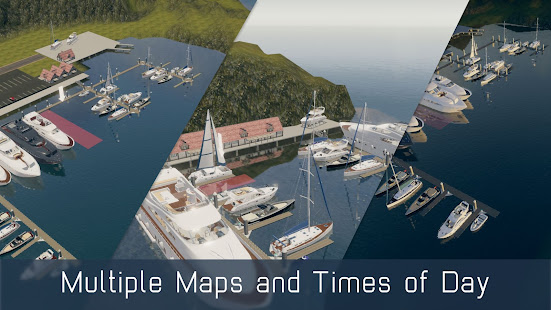 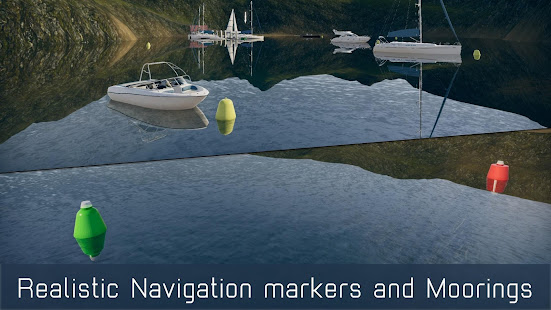 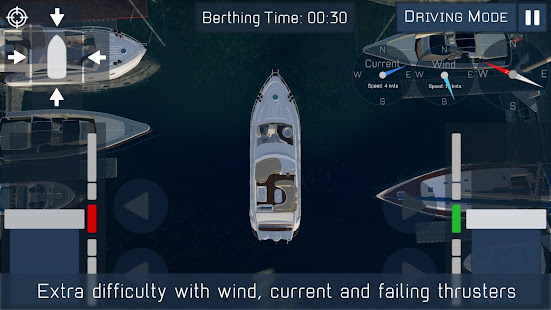 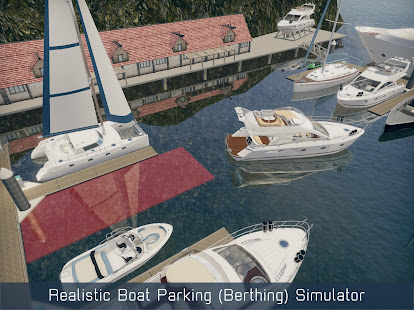 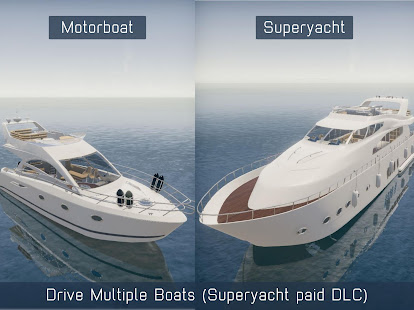 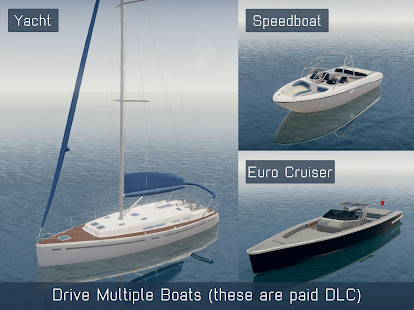 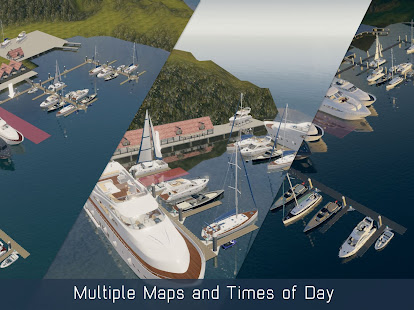 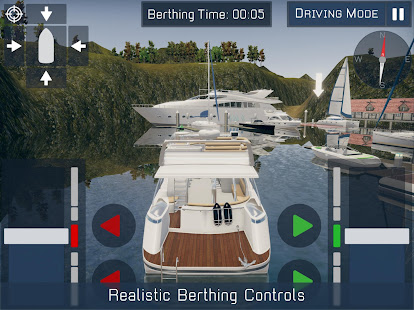 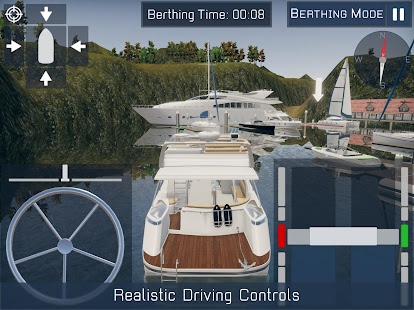 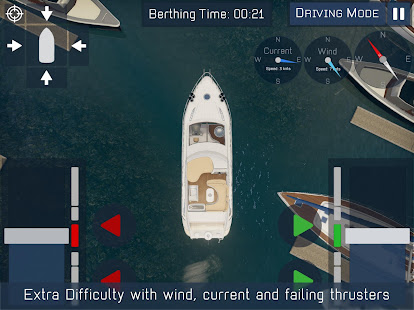 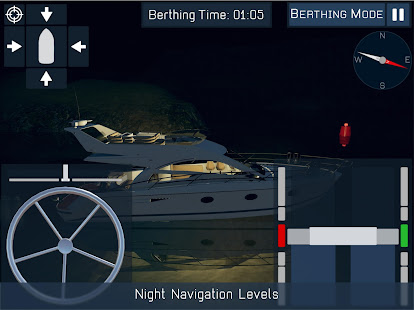 Boat Master is a marina berthing (parking) simulation game where players have to berth different boats in varying conditions. It is designed to replicate the controls and conditions of berthing a real boat in a marina as closely as possible.

– Drive a yacht with a single engine, steering wheel and realistic physics effects like prop walking

– Drive a speedboat with a single engine & steering wheel as well as realistic tilting when turning at speed.

– Drive a dual engine control Euro Cruiser with a steering wheel but no thrusters.

– Berth the boat as quickly as you can without damaging it with the built-in time-based scoring system as well as the new 3 star rating system, where you need to meet certain requirements to achieve a 2 or 3 star rating along with completing the level.

– Complete 5 navigation levels per boat which feature realistic navigation markers and signs, as well as other AI controlled boats and Jet Skis which you must evade to complete the level. Some of these levels are also complete night levels where it is difficult to see what is around the boat as a new feature to realistically increase the difficulty of later levels.

– Console and PC level graphics with modern post-processing effects like Bloom, Ambient Occlusion and Filmic Colour Grading. When you start the game, if you select ‘Balanced’, the game will automatically choose the best settings for your device, balancing graphics and performance. You can also change these settings manually in the ‘custom’ mode.

DISCLAIMER: This app is not a substitute for real life boat berthing or driving training, some boats that are not the motorboat (like the superyacht) are / will be paid DLC (they are behind an in-app purchase that costs real money to unlock).

MINIMUM HARDWARE:
Samsung Galaxy S6 or device with equivalent hardware or above (may work on slightly older devices like a Galaxy S5 with all graphics settings turned down)

RECOMMENDED HARDWARE:
Samsung Galaxy S7 / Google Pixel or equivalent (Snapdragon 820/821)
It is recommended on these devices that you turn on Colour Grading and Vignette in settings for a better graphical experience.

Newer, more powerful phones will also be able to handle the more demanding settings like Bloom and Ambient Occlusion, which will improve the game graphics even more.

Want to get information about upcoming updates to Boat Master before they are released, such as gameplay videos, progress updates and screenshots? Follow us on Facebook for all of this inside info and more!

Facebook: https://www.facebook.com/flatWombatStudios/
This update to Boat Master fixes more issues, such as the next level button not working correctly in the tutorial, completion zone errors, and camera issues on the Jet Ski.